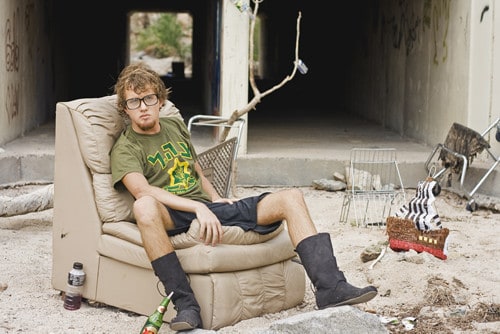 This article is not going to be nice. It’s going, to be honest. Here are some of the best tips I can provide for anyone in the music industry after being in the business for fifteen years.

Over the past 14 years of working with countless bands, artists, producers, booking agents, and many more within the music business; I have witnessed firsthand the attitudes and behaviors that hold people from making progress in their music career. I as well have been a victim of many of these negative traits that used to hold me back.

The list below of 13 attitudes and behaviors to get rid of to progress in the music business below have been created from interviewing more prominent names in the industry, first-hand experience of people around me through the years, and negative traits that used to hold me back.

1. Stop acting like your better than everyone when your not. Even if you are better than most, nobody likes people who act like they are.

In my experience, 98% of all musicians or artists that put off the “I’m the best attitude” all had one thing in common, they all sucked. Funny enough, I used to carry this “I’m the best bassist” attitude back when I sucked. Just because you played a few great shows past year doesn’t make you better than everyone.

Now for the other 2% of musicians, producers, etc. that are very good at what they do yet carried the “I’m the best” attitude is still hated. The vast majority of successful people in the music industry would rather work/play with a less talented yet cool musician than a more talented cocky musician. It doesn’t matter how great at your instrument or craft you are, at the end of the day, you will be hated for your cocky attitude. Thus, you will lose work, connections, and opportunities.

Advice: Understand the difference between confidence and cockiness. Steer clear from cockiness but gain confidence through hard work, accomplishments, and results.

2. Lying (In general, or to look like your bigger and better than you really are)

Advice: Rather than using lies or exaggeration to further your music career, focus your energy on the highest quality results possible. Combine that with being an honest and trustworthy person, and you will advance much further in any life venture you choose.

If you try to dissect the difference in the people who are becoming successful compared to those who are not, you will see a familiar pattern. For the most part, those who are generally positive people tend to go much further in life than those who are more on the negative side. There are a few studies that proved this to be true.

Rule of thumb, positive people despise being around those who are negative. Even if your music project is flawless, your negative vibe may bring the big-name manager to a second guess. People, in general, want to enjoy their life and business ventures. If your negativity ruins people’s experiences, the very people who can help push your career to the next level suddenly don’t want to be around you.

Advice: No matter how broke or difficult your current circumstances are, one of the most valuable tools is effortless and free….. a smile. When the very people you want to attract in the music business loathe being around negative people, the best solution is to figure out ways to increase your general mood. I understand this is much easier said than done. However, there are ways to become a generally happier person. The four methods that turned me from a more negative to a more positive person are below.

4. All cranky because you didn’t get your way/ Stubbornness during the song the writing process

When 3 of the 4 band members decide to take a different route than you during the songwriting process, there is no need to act like a cranky bitch for the rest of practice. Music is an art that’s based on opinion. It’s not the end of the world when you don’t get your way. Rather than ruining the rest of practice with your shitty vibes acting like a 4-year old that didn’t get his way, learn to love the new way of the song and get over your stubborn self. If you remain to act like your stubborn self for the rest of practice, the only thing it will do is hurt the productivity of your band practice.

Advice: Your opinion during the songwriting process is not the end all be all. When the majority decides to take a different route than yours, get over yourself. Don’t ruin the rest of the band practice by acting like a bitch.

Typically when someone is continually trying to drop big names, they usually lack real confidence. It’s understandable to drop big names of people you have worked with in the past if a story naturally springs up. However, forceful name dropping is easily spotted, very annoying, and a sign of low confidence. Either way, there is no hiding how cool or good you really are the second you hit the stage.

Advice: Rather than forceful name dropping to build your status, use real results and accomplishments. If you don’t have results and achievements yet, build your way towards them. By then, you will have true inner confidence with real status in the music industry. After years, people will start to drop your name to look cool.

6. Acting like your “artsy out there” when you’re really not

Dear “fake artsy out there musician,” you guys are annoying and fake.

I’m not going to say the city’s name, but there is a city in Georgia where 90% of the musicians all fake act as if they’re “artsy out there.” In reality, it is clear that they are faking it to look somehow cool or fit in.

A top name in the music industry is not going to deal with them. They wouldn’t think the “fake artsy out there” person is not down to earth enough to work with.

Advice: Congruence is the fastest and most efficient way to be likable. Everyone can smell a fake a mile away. If however you really are this “artsy out there” musician, then own it but don’t fake it. If you’re going to fake act like anything then your not, try to fake act like you are professional and friendly. It will take you much further than the “woo woo, hipster, look how woke I am, fake ass person.”

7. Jealousy because they are better than you

I had this issue terribly as a young a dumb high schooler where I would get jealous of better bands and musicians. During there performance, I would only look for the flaws to hide the fact that I was jealous. I would then be mean to them off stage in a passive-aggressive manner. All jealousy did for me was slow down my opportunity to learn from those who were better than me.

8. Talking smack about other acts on the bill

Save the shit-talking after the show away from the venue. After all, we are all in this challenging music industry together. It’s hard enough to be good at your craft. We are entertainers and artists doing the best we can. We can’t be perfect for everyone, but we give our very best every show. Nobody needs to shit talk other bands or artists on the bill anyway. It’s not needed and gets people nowhere.

Reputation is vital in the music business. Flakiness is the fastest way to destroy your reputation.

Flakiness is the most common and immature attribute in the music business world. Every flaky person in the music industry I have ever experienced haven’t made it past stage 2 of 10 in the scene. Flakiness speaks volumes of a person. Immaturity, poor brain function, laziness, and untrustworthiness are all attributes that come with flaky people.

It’s not that hard to be straightforward with somebody if you’re mentally above the age of 18. If you don’t want to play or work in a project anymore, stop with the slow text game and kindly tell them!

Advice: If you don’t want to be in a project your in, stop playing a flaky text game and just kindly leave it.

Being late is a sign that you don’t value everyone else’s time. This in turn only results in built-up resentment over time.

A music project is only as strong as the weakest link. A late musician slows down the rest of the band. Your music project slowly starts to resent you more and more every time you’re late. Built-up resentment creates terrible energy, which only creates adverse outcomes.

Advice: Be on time. If you happen to hit traffic or you’re running behind, make a call. Everybody’s time is valuable, don’t let a dumb habit of consistently being late to meet your band create resentment towards you.

11. Excuses for not knowing songs

I was the absolute worst at making excuses for not knowing the songs in my early 20s. The truth is I always decided to use my free time to do anything but to learn the new songs. I eventually got fired from an important country band due to this reason. Thus, I always learned the songs since. Even if your schedule is completely slammed, at least listen to the new songs on your commute as often as you can.

12. Believing and living the lifestyle that you’re much further in your music career than you really are

I have witnessed two very talented artists destroy their music career before they even built it, or even, made an effort to build it. They abused a particular substance to a point where they lived the life of a rock star before they were even performing shows.

This built-up unhappiness of not pursuing their passion ended up leading them to even more substance abuse. Eventually, they got caught in a pointless circle of substance abuse to at most playing open mics for years. You may be thinking that they were not serious about pursuing music. However, as one of there old best friends, I was positive music was their ultimate dream and passion.

Advice: If you feel like you’re stuck in your musical journey, take a day to be as honest with yourself as you can possibly be. Bring yourself from being trapped in your mind to as close to reality as you can. Look at exactly where you are in your music career and find out where you want to be. From there, right out each and every step to your destination. Get as detailed as possible.

Once your list is complete, focus on one at a time every single day. However, if you lie to yourself in any way due to substance abuse or any other reason, you will be forever stuck. Be honest with yourself. Hard work and real accomplishments will get you places no matter what. The harder you work, the luckier you get.

13. Dumb excuses to procrastinate to hide the fact that you’re lazy

If you’re interested in other aspects to further your career, I highly recommend taking a look at How Wim Hof Breathing Significantly Boosted My Life & Music Career

If you can’t practice music because the bugs won’t stop biting you in your room, see our top indoor bug zappers here.