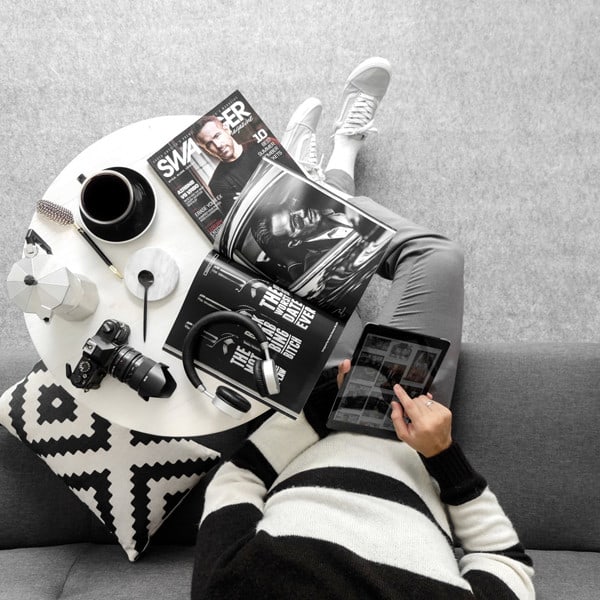 Considering their portability, lower price, and added features; Many people have caught on to the trend of purchasing a tablet rather than a laptop. Better yet, tablets also can take pictures and record videos. Due to rapid technological advancements in recent years, it hasn’t been until lately where a few tablets now have the ability to record 4K videos.

After testing and extensive research; We put together a list and reviewed the 4 tablets that shoot the highest quality 4K resolution on the market.

In Short, Here Are The 4 Best Tablets That Shoot 4K Video 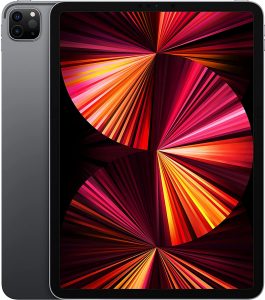 Next up, the Apple iPad Pro 11-inch is the most advanced Tablet on the market. Unlike the other two, this iPad shoots 4k resolution video quality. Not to forget, it can shoot up to 60 frames per second, as well. For those who don’t know the benefits of 60 fps, you can basically slow down the shots in slow motion. This Tablet has two separate built-in cameras that are both beneficial in their own ways. The first one is the Smart HDR. A 12MP camera is used for shooting 4K video, pictures, AR experiences, and document scanning. For Facetime, portrait selfies, Memoji, and Animoji’s, it uses the TrueDepth camera.

Aside from shooting fantastic video quality, there are a plethora of amazing features this tablet offers. First and foremost, you can get this tablet with four different types of storage, ranging from 128GB, 256GB, 512GB, 1TB, or 2TB. The fewer the storage, the lesser of a price tag, whereas the greater of storage has a higher price tag.

The overall build quality is absolutely brilliant. Not only is it the thinnest iPad ever invented, but it’s also very durable and has tremendous longevity. So far, not a single complaint on the marketplace about the build. You will also enjoy how light it is, as well.

The Apple iPad Pro provides Face ID access for added security. On a full charge, it gives you an impressive 10 hours of battery life. Something I highly appreciate about this tablet is it’s very intuitive. Between the swiping and movements, this tablet is effortless to use. The colors and overall visuals are fantastic. It uses a Liquid Retina display, providing very realistic picture quality for watching videos, scrolling pictures, etc. You will be pleasantly surprised by its incredibly accurate color.

With its Apple M1 8-core CPU chip with 8-core GPU and Neural Engine, this tablet is incredibly fast, enables advanced machine learning, and can operate five trillion operations per second. In terms of the tech specs, the Apple iPad Pro is definitely one of the most advanced tablets on the market. Overall, the Apple iPad Pro is a fantastic tablet that shoots spectacular 4K resolution video. We highly recommend it. Be sure to check out the reviews below!

Next up, the Samsung Galaxy Tab S6 is another high-quality tablet that shoots 4K resolution video. What I absolutely love about this tablet is it comes with the S Pen. Essentially, the S pen acts just like a standard electronic pen where you can sign documents, write in your notes, etc. You can also easily attach it magnetically for added convenience.

With its 7300mAh battery, this tablet has a longer battery life than the previous Apple iPad Pro with 15-hours. Not to forget, it’s much more affordable, as well. You can get it with either 128GB or 256GB storage. Each one comes at a different price.

In terms of picture quality, the Samsung Galaxy Tab S6 is one of the best in the market. The graphics and cinematic motion are absolutely phenomenal. Not too forget, the screen is incredibly bright with the perfect amount of contrast. You will be highly satisfied with the detail and crisp image of your movies and shows.

Those who travel a lot or have long commutes would enjoy watching their favorite movies or shows. With 4 small internal speakers, you will also thoroughly enjoy the audio quality. It even sounds good for listening to music, as well.

A very unique feature this tablet offers is its built-in Bixby Voice-Assistant. This tablet runs incredibly fast. You can multitask various Apps and projects without hesitation. Not only for its impressive 4K video quality resolution, but many people also get this to replace their laptops due to its easier portability and lighter weight. You have the option to purchase it with an attachable keyboard. Thus, a much lighter keyboard with the ability to take 4K video!

Overall, the Samsung Galaxy Tab S6 is a fantastic tablet that shoots 4K resolution videos. With the purchase, you get an S pen that may be a beneficial addition. You can get this tablet with the added keyboard, as well. It’s competitively priced, has excellent build quality, and one of the highest-rated tablets on the market. We highly recommend it. Be sure to check out the reviews below! 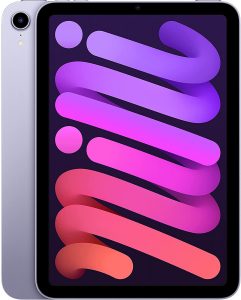 The Apple iPad Mini is another iPad that shoots high-quality 4K video. As the Apple iPad Air, it also uses an 12MP camera on the back that takes very clear video quality. You will also like its 7MP front camera for HD quality Facetime. Like the back camera, the front camera also has auto HDR, as well.

This tablet’s screen size is 8.3 inches. It produces outstanding picture quality with its Retina display. For enhanced and realistic colors, it uses True Tone for a boosted display. Like the other iPads on this list, the Apple iPad Mini is very fast and able to multitask efficiently, as well. It too uses an A15 Bionic chip with Neural Engine.

Giving you a 10-hour battery life, you can carry this around with you all day. You will also enjoy its easy-to-use touch ID for more secure access. Overall, the Apple iPad Mini is a great tablet that is much more convenient to travel with due to its more compact size. Not to forget, it’s more affordable, as well. This tablet allows you to shoot high-quality HD video recordings up to 4K resolution. It’s another one of the highest-rated tablets on the market.

Lastly, the Samsung Galaxy Tab S4 is the more affordable and younger version of the previous Tab S6. With 4K resolution for shooting videos, this tablet is another impressive purchase. This tablet comes in two different amounts of storage, each with a different price at either 64GB or 256GB. It, too comes, with an S pen with the purchase.

This tablet allows you to take calls, play songs, get answers, and check the weather by voice command at a distance with far-field mics. Like the previous Tab S6 tablet, it too has AMOLED display, which provides stunning picture quality. For shows, videos, and movies, the image is bright, detailed, crisp, and clear with the perfect amount of contrast.

Partnered with Dolby Atmos, it provides 4 speakers that help add a surround sound feel. The audio is loud and crisp for watching movies or listening to music. Another highly beneficial factor the Samsung Galaxy Tab S4 offers is its extended battery life of 16 hours. Not to forget, the charge time is relatively quick, as well. This device also supports USB C for a much quicker charge time. You will also enjoy its lightweight and easy portability.

Overall, if you’re looking for the most affordable tablet that takes a great 4K resolution video, the Samsung Galaxy Tab S4 is an incredible choice. It can take up to 30 frames per second at 4K resolution. Be sure to check out the reviews below.

Here Are The 4 Best Tablets That Shoot 4K Video

How Much Do Tablets Cost?

A tablet is much like a laptop with a few differences. They can be used to read ebooks, play video games, surf the internet, watch movies, take pictures, and shoot videos. Unlike most laptops, tablets are touchscreen and generally more affordable. They’re a hybrid between a laptop and a smartphone.

How Big Is A Tablets Display Size?

You can get a tablet with a screen size anywhere between 5 – 14 inches. Nevertheless, the median display size is roughly 10.1 inches.

Why Get A Tablet When You Have A Smartphone?

Tablets have a much bigger screen than a smartphone making it better for gaming and watching movies. The larger screen also enhances productivity for work. Additionally, tablets are generally more affordable.

Most tablets shoot video. However, only a select few shoot 4K UHD videos.

What’s The Difference Between An iPad And A Tablet

An iPad is essentially a tablet by Apple. Unlike most tablets that use Google’s Android operating system, iPads use Apple’s iOS.

If you’re interested in the top over-ear Bluetooth headphones under $100, view our top 12 here.