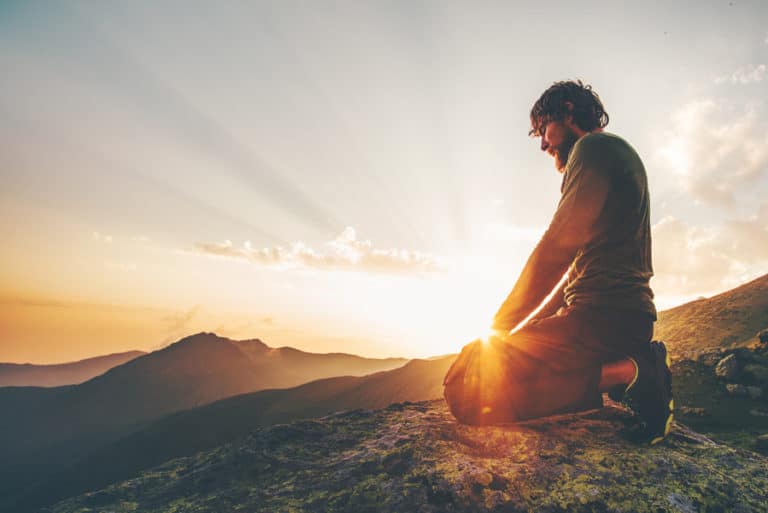 Here is my story of how Wim Hof breathing significantly boosted my life and music career with the full review.

I am a bass player in three bands, the music director of one of the three bands, I edit music videos, do studio work, direct music videos, and write for Perform Wireless while working a regular full-time job in the construction industry. I try to stay as busy as possible because, like most people in the entertainment industry, I have big dreams and a “dream life” that I’m fighting to achieve.

One of my biggest problems throughout my career was not only trying to juggle all of these responsibilities at once, but also maximizing my focus on my present task. I would typically get too tired, overwhelmed, or too stressed to give the very best performance I can on the current job in front of me. This, in turn, hurts the quality of the finished product reducing the chances of progressing towards my “dream life.”

To make a long story shorter, I heard about WimHof breathing from a coworker. It sounded too good to be true for something so natural, free, and quick at only 15 minutes per session. However, I gave it a shot, and I quickly found it to be precisely what my body and mind needed in numerous ways to benefit my life and music career.

What Is Wim Hof Breathing?

How To do Wim Hof Breathing Step By Step

What Are The Benefits Of The Wim Hof Method?

First, I’m going to summarize the benefits of Wim Hof breathing alone. Next, we’re going to break it all down.

First off, directly after doing the breathing exercises, you may feel as if your mind’s pointless chatter is shut off. Instantly you feel present in the moment while all of your stresses and anxieties vanquish immediately. Your body feels rejuvenated and realigned as if you took a dip in the fountain of youth. For me, it rids headaches, brain fog, and basically all symptoms of “just not feeling good.” Keep in mind that the peace of mind, present to the moment, and generally feeling good lasts if not all day, most of the day. Staying present to the moment mixed with a clear mind while generally feeling good is the combination for reaching the highest potential of creativity and success in whichever task that lies ahead.

When I do Wim Hof Breathing before working out, I definitely have much more endurance as if I’m in much better shape than I initially thought. If I do the Wim Hof Breathing when I’m tired and disoriented after a workout, it instantly rejuvenates me as if I never even worked out that day at all. This alone saves me about an hour of rejuvenation time after exercise to focus on my tasks for the day.

For the days I’m low on sleep due to late shows or video shoots, Wim Hof breathing significantly reduces the lack of sleep’s harmful effects. I’m not sure about you, but my body and mind function extremely poorly with low sleep. I get in a miserable mood, and I feel absolutely awful in a multitude of ways. I don’t know the exact science behind how, but directly after doing the breathing exercises 3-4 times most of the adverse effects of lack of sleep disappear.

This was a lifesaver for me about three weeks ago when I had a weekend of shows 8 hours apart. I had a wedding gig on Friday with my corporate band and a concert in Daytona with my original band. With two hours of sleep, driving to Daytona, I was coming in and out of consciousness at the halfway point. I stopped at a gas station to do the breathing, and I swear, I would not have made it otherwise.

How Wim Hof Breathing Before A Show Helps Me Perform Better?

First off, Wim Hof breathing definitely boosts endurance for not only the body but the mind as well. Musicians need to start strong and finish strong without losing energy during a show. The crowd notices when a band loses physical or mental energy which then translates to the crowd. (unless the entire crowd is drunk).

Second off, considering Wim Hof breathing gives me mental clarity while bringing me present to the moment, I unquestionably perform better in that state of mind. To summarize it the best I can in one phrase, Wim Hof breathing exercise before a show helps me get in the zone and stay in the zone throughout the entire performance. I no longer have off days.

How Does Wim Hof Breathing Help Me With Directing Music Videos?

To be clear, I’m not a professional at directing videos by any means. However, at the earlier stages of a band with too small of a budget to hire a director, somebody has got to step to the plate. The best way to describe how Wim Hof breathing boosts my performance as a director is an example of my band’s latest music video “Elixir.”

Long story short, it was a very loud and high-stress environment with only one chance to shoot multiple scenes in an 8-hour window. With a 100 plus extras, featured actors, a camera crew of three, and my band all looking at me to call all of the shots while I’m still just the bands bass player, it would’ve been impossible to pull it off if I didn’t do 4 sets of Wim Hof breathing and meditation beforehand.

Why do I say that?

If I would not have been fully engaged, entirely present to the moment, consistently “in the zone” without getting mentally or physically tired, and if I let the stress and scatterbrain get to me in that extremely stressful environment, there is no possible way we would have gotten through it successfully. I am positive that the Wim Hof breathing and meditation before the music video shoot was the only reason we were able to shoot this music video below successfully.

How Does Wim Hof Breathing Help Me With Editing Music Videos Or Writing Articles?

If you’re a video editor or writer, then you know the feeling of getting to that point where you’re entirely stuck or extreme mental fatigue. Regardless of taking breaks or how much coffee you drink, your brain says your done for the day. Before I knew about Wim Hof Breathing, I would get stuck and mentally exhausted on a project to either give up for the day or try to force my way through it.

I don’t believe in fairy tale magic, but after three rounds of Wim Hof breathing at a mentally fatigued point, well, it works like magic. For me, Wim Hof breathing exercises entirely rejuvenates your mind and creativity like that mental blockage didn’t even exist. The amount of progress in writing articles or editing videos since learning the breathing exercises is remarkable. My efficiency, creativity, and time spent on these types of projects significantly improved on a massive scale. Funny enough, about three paragraphs ago, I took a 15-minute break to do some Wim Hof breathing. Typically, I would have had to wait until tomorrow to finish this article.

There are three crucial factors that drive your highest potential in a studio session or writing a song, mental clarity, mental endurance, and creativity. Some may also say inspiration; however, getting inspired is rather difficult without a clear mind. Wim hof breathing, for me, dramatically enhances these three crucial factors for reaching my highest potential in the studio or writing a song in the rehearsal space.

We all know that creativity is obviously the most important factor for writing music and creating instrumental parts in the studio. But is creativity a talent or a skill? And what good are creativity without mental clarity and mental endurance? In my opinion, everybody has a genuine amount of creativity, but most haven’t reached their max creative potential. The reason why Wim Hof breathing helped boost my creativity in writing songs and recording in the studio is due to its benefits of clearing my mind, reducing that low-level refrigerator hum stress, and brings me more present to the moment rather than being scatterbrained. Wim Hof breathing technique’s overall mental benefits naturally helped increase the potential of my creativity. Thus, my studio sessions and songwriting definitely improved once I developed The Wim Hof breathing in my routine.

You can have all the mental clarity and creativity in the world. However, if you get mentally fatigued too soon, the rest of your studio session or rehearsal is wasted. In terms of mental endurance, Wim Hof breathing worked wonders for me. If for some reason you get mentally exhausted during a studio or writing session, I highly advise you to take a 15-minute break in your car or somewhere alone to do the breathing exercises. You will come back to your studio session or band rehearsal feeling wholly refreshed able to get the job done.

The Difference Between Wim Hof Breathing And The Wim Hof Method

I ended up getting the Classic 10 week video course and I am more than satisfied with it. In the near future, I may upgrade to fundamentals as well.

Below is a list of the benefits I have noticed in my life since doing the Wim Hof Method past two months. Keep in mind that these are my benefits alone, and I assume that many people may have different views.

If you’re interested in other ways to advance your music/non-music career, see our 13 Personality Traits To Get Rid Of ASAP In The Music Business. Getting rid of those personality traits with dramatically boost your career regardless of what field you’re in.

11 Tips To Save Money For Traveling Musicians