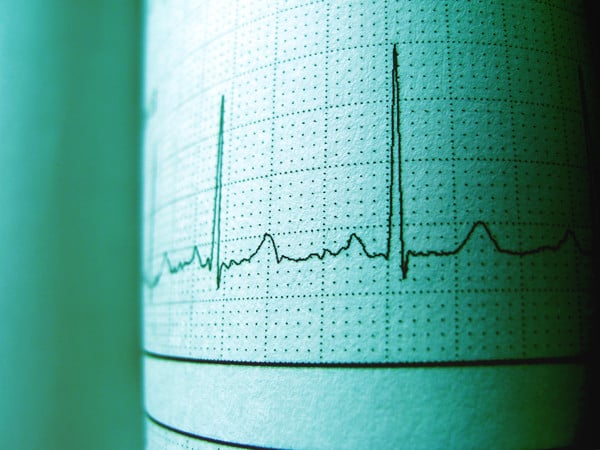 One of the more complicated subjects in the wireless music equipment realm, which frequency band for your wireless guitar or microphone system is the best choice?

In short, 2.4GHz Digital Wireless is the all-around best frequency band choice for your wireless instrument or microphone system. 2.4GHz is globally available, globally unlicensed, and has more chance of a sustainable future. The majority of the other frequency bands are either unavailable outside of the US or Canada, need a costly/inconvenient license to operate in some countries or have an uncertain future with the FCC banning the frequency. While many fear that the 2.4GHz is overly congested making it more susceptible to interference, the majority of the mid to high-grade wireless Mic Or Instrument Systems have frequency agility features that eradicate interference. Aside from the less sustainable future and costly license, 470 to 548Mhz bands has been known as the industry standard for years.

For those who want to skip to the chase and find a wireless system in the 2.4GHz frequency band that uses interference agility features for no dropouts, view the articles below.

Top 3 Wireless Microphone Systems In 2.4GHz Head To Head: This article takes the 3 most reliable wireless microphone systems in 2.4GHz and compares each one.

Frequency Bands: What Are They?

The primary frequency bands used for wireless guitar/mic systems are VHF (30 Hertz to 300 GHz), UHF (470-608 MHZ), 900MHz (902 to 928 MHz), and 2.4 GHz. Many people get analog or digital wireless systems mixed up with the frequency band. This is because most analog systems operate in UHF and most digital operate in 2.4GHz, yet, they have nothing to do with each other. Coincidentally, every single wireless mic/instrument system operating in 2.4GHz is digital. Digital transmission compared to analog is the better option anyway, thus giving our answer for best frequency band for wireless systems at 2.4GHz digital.

Which Frequency Band Has The Least Interference?

The already crowded Radio Spectrum (30 Hertz to 300 GHz) is basically at a frequency shoot out free for all. Your wireless mic/instrument systems transmitter must compete it’s way to the receiver located in the general vicinity of the stage. Considering they are all roughly equally crowded (depending on the area), no frequency band is better or worse than the others in terms of signal strength or less interference.

The good news, most mid to high-grade wireless systems use frequency flexibility, agility, or other features to dodge signal interference. These features decrease the chance of cutouts or dropouts. If your interested in a very reliable digital 2.4GHz wireless instrument system that has never cut out on me once, see Our Top Pick Wireless Guitar System For 2019

VHF (Very High Frequency) systems are few and far between. Considering the slower MHz, VHF wavelengths are more extended than UHF forcing them to travel a longer distance. This, in turn, causes a higher chance of frequency interference. These receivers have much larger antennas than UHF receivers making them more susceptible to damage. To be blunt, VHF wireless mic or instrument systems are typically not the first choice for serious musicians.

UHF (Ultra High Frequency) wireless microphone and instrument systems are of much higher quality than VHF. These systems have a much bigger range of frequencies. Although UHF systems still operate in the T.V. and radio frequency band like VHF, the higher range of frequency by UHF gives more options to bypass signal interference. In other words, UHF wireless systems have a less chance of your mic or instrument cutting out or getting unwanted noise.

The vast majority of wireless instrument/mic systems that operate in the UHF range are analog with a much smaller percentage being digital. Musicians or speakers that need multiple channels operating simultaneously have the best chances with an analog UHF based system.

It may be true that UHF analog wireless systems are of much higher quality than VHF systems, but there are many downsides. Not only do certain countries require you to have a license to operate an analog wireless system, but both UHF and VHF have an uncertain future with the FCC ridding certain frequencies.

When a frequency band gets banned, you the musicians/speaker have roughly 3 years to get a new wireless system. This, in turn, causes the remaining frequency bands to become even more congested, and with more congestion comes more interference.

We created 4 lists for UHF wireless systems that operate in the UHF range with their specific frequency band.

Unfortunately, wireless guitar and mic systems in the 900 MHz band are only able to be used in the U.S. and Canada. As a matter of fact, the guitar player in one of my bands uses the Shure PGXD 14 that operates in the 900 MHz band. The system has worked flawlessly without any cutouts as we toured through the U.S. and Canada, but once we reach out to other countries, he may need to turn his head to 2.4 GHz which is globally available and unlicensed.

List of Wireless Instrument Systems Operating In The 900MHz Band

Wireless instrument/mic systems that operate in the 2.4GHz frequency band are typically always digital. Like mentioned above, 2.4GHz is globally available, unlicensed, and has more of a sustainable future. Although many claims this frequency band has less chance of signal interference, many techs in this field claim, “it depends on the environment.” The perfect combination of a wireless mic/instrument system is a 2.4GHz digital wireless with built-in frequency agility/flexibility features to minimize cutouts.

Some of the things that operate in 2.4Ghz are Bluetooth, WiFi, 2.4GHz cell phones, microwaves, and car alarms. Some of the lower quality (cheaper) wireless mic/instrument systems that do not have high-quality inference dodging features will have a lot of trouble in places with WiFi or internet. Because most sites you perform at will have WiFi, internet, or many people with 2.4 GHz cell phones, we highly recommend purchasing a system with these signal dodging features.

For those interested, here’s an article that consists of 5 digital and 1 analog wireless guitar systems to choose from that are very reliable with interference dodging features. Top 6 Wireless Guitar Systems For Pros.

A List Of Every Single Digital Wireless Guitar/Instrument System

Here’s A List Of Every Single Digital Wireless Microphone System

Reasons Why VHF and UHF Wireless Systems Have An Uncertain Future.

The FCC has a history of banning wireless microphone and instrument systems that operate in specific frequency bands.

In 2010, all wireless systems operating in the 698 – 806 MHz frequency were completely banned making room for public safety services and broadband.

Funny enough, one of the bands I play in, “Madame Vega“, uses a wireless microphone that operates in the banned frequency where we have till July 2020 to switch. To find out what frequency your wireless system operates in, check the back of the receiver. (example pick below)

The all-around best frequency band for your wireless mic or instrument system is 2.4GHz since it’s globally available, globally unlicensed, and has the highest chance for a sustainable future. There is no better or worse frequency band for signal interference as all bands are crowded. When getting a wireless system, make sure it has frequency dodge/flexibility/agile features that will decrease the chance of interference.

The ultimate combination for the best all-around wireless instrument/microphone system is a Digital 2.4GHz system with special features to maintain a strong signal. Below are a few articles based on the top wireless instrument systems.

If you’re interested in a gaming chair without wheels, see our top choices here.